Why Liverpool are genuine title contenders this season

Liverpool have started their Premier League campaign in excellent fashion, scoring six goals and conceding none in the opening two games. Despite being at such an early stage in the season, Jurgen Klopp’s side have shown why they will provide the biggest threat to Manchester’s City ambitions of being the first team to retain the Premier League title since 2009.

Liverpool’s summer acquisitions gave us a clear indication of their intentions for this season’s Premier League. They have bought reinforcements in areas where they lacked last season and now contain a real depth of quality throughout their squad. 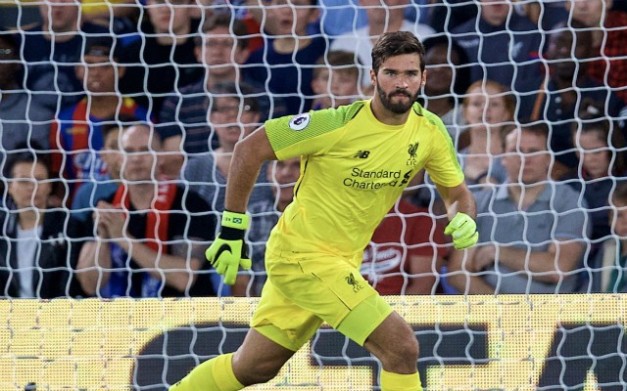 Perhaps the most significant addition comes was Brazilian number one Alisson, bought from Roma for a then record fee £66.8 million, only surpassed by Chelsea’s purchase of Spanish keeper Kepa Arrizabalaga days later. Clean sheets against West Ham and Crystal Palace represent an assured start, and Monday night’s visit to Selhurst Park saw him excel against a dangerous Palace side, commanding his area well while possessing excellent composure and distribution skills.

Simon Mignolet and Lorius Karius are two good goalkeepers, but Jurgen Klopp recognised that neither are of a world class calibre and were susceptible to making mistakes, but they now have a world class keeper in Alisson who is already starting to look like a sound investment.

In addition to addressing their goalkeeping issue, Liverpool have looked considerably stronger and more authoritative in defence in the opening two games, something which has always not been associated with the Merseyside outfit in recent years.

A central figure in bringing stability to the back four is undoubtedly the presence of Virgil van Dijk, who Jamie Carragher claimed on Sky Sports’ Monday Night Football is capable of achieving legendary status at Liverpool.

This is extremely high praise for the Dutchman, but Van Dijk has been hugely influential since joining in January, helping Liverpool keep nine clean sheets out of sixteen in the league where he has started. He was mightily impressive in the win against Palace, winning numerous aerial duels and showed real leadership qualities throughout.

However it is not just Van Dijk who has contributed to Liverpool’s newfound resolve at the back. Joe Gomez has shown real promise with good intelligence, defensive abilities and quality on the ball. He looks to have formed a really solid partnership with Van Dijk at the heart of the defence, and is a partnership which can continue to develop and improve. Meanwhile Andrew Robertson has been a revelation, establishing himself as one of the best full backs in the country while Trent Alexander Arnold continues to show more maturity with every game.

I have previously alluded to the great depth in quality Liverpool now posses within their squad, and that arguably is most applicable to their midfield. Naby Keita has looked sublime in his first two games- with his energy and dynamism showing why Jurgen Klopp was so keen to get the Guinean from RB Leipzig. Furthemore, it speaks volumes that Klopp is able to leave out players with the quality of newly signed Fabinho and Jordan Henderson, instead opting to choose James Milner and Georginio Wijnaldum.

In addition they still have Alex Oxlade Chamberlain, who really began to thrive in midfield after his arrival last summer, to come back into the fold. This highlights the extent of quality that Klopp has at his disposal within the squad, and will undoubtedly be key in competing for numerous titles throughout the season. 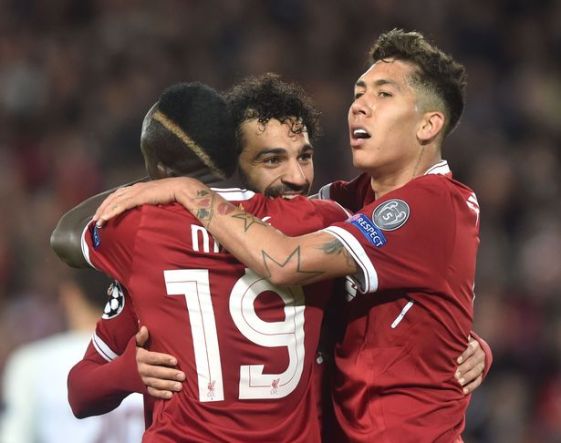 Meanwhile the scintillating front three of Mohammed Salah, Roberto Firmino and Sadio Mane are more than capable of propelling Liverpool to becoming Premier League winners. Firstly Salah, who was outstanding last season scoring 32 league goals, has picked up where he let off from last season scoring in his first game against West Ham while assisting Mane in Monday’s win at Selhurst Park. Many doubt whether the Egyptian will be able to replicate the form shown last campaign, but is already showing that he is not willing to rest on his laurels and looks fit, sharp and dangerous. Meanwhile Roberto Firmino continues to be central to Liverpool’s high intensity game, pressing from the front, and is a very intelligent and unselfish striker who has firmly established himself as the first choice striker.

Finally Sadio Mane has made an electric start to the season, scoring three goals in his opening two games and together the three together form a very threatening and potent trio capable of causing any defence problems.

Manchester City are heavy favourites to retain their Premier League title, but Liverpool represent the biggest threat to them with such an exhilarating style of football. Furthermore they have also brought reinforcements in areas where they lacked last season and look more equipped of challenging Pep Guardiola’s to the Premier League tile this season.